A Walk Through the Wetlands - Sunday 2nd Sept 2012 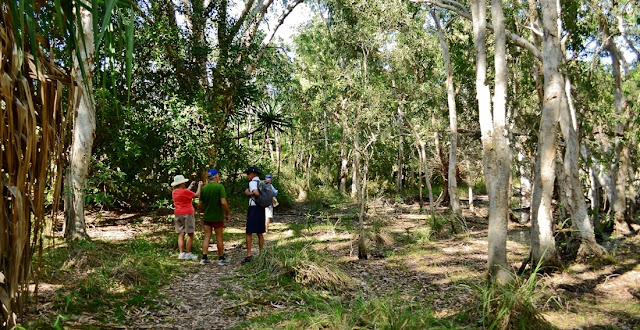 Sunday 2ndSept MrJ and I go ashore with David and Jan off, Moonglade and John off Pioneer: Marjanne has to stay on board as she is unable to do all the walking. I will takes lots of photos and give them to Marjanne so that she will be able to enjoy too.
On the way in we see Pattie and Keith off Speranza. Life is like that sometime; you just keep running into people you know. 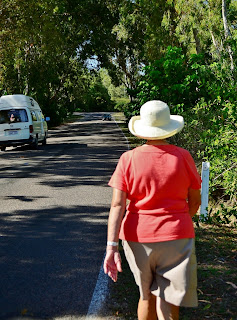 To walk to the wetlands lagoon, you first have to walk along the only road that leads out of the village of Horseshoe Bay until you come to a track off to the right that is blocked to traffic.

The track takes you through a damp wooded area that is partly submerged in a shallow lagoon.

The lagoon wetland is water fairyland with light, shadows and reflections to enthral your eye senses from all directions. 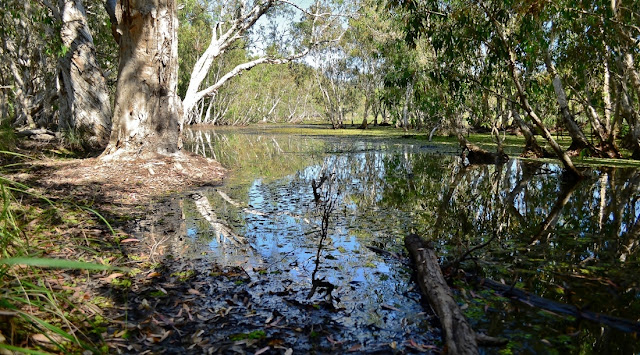 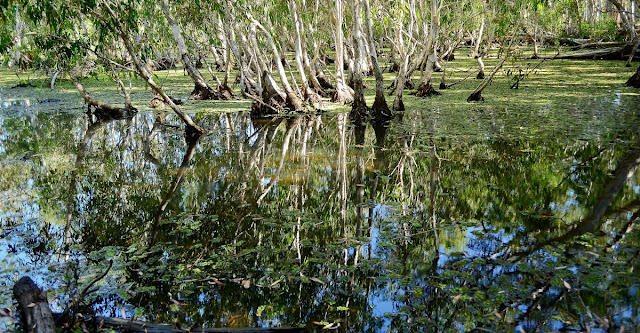 Parts of the wetland have a small population of wild geese and other waterbirds like purple swamphens and spoonbills, there is also an abundance of other small birds and insects. 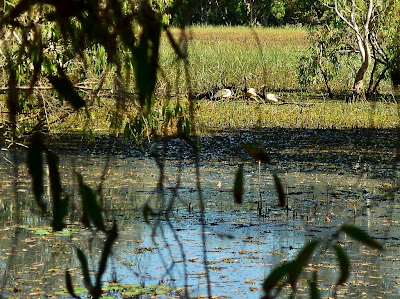 The Magpie Goose has a black neck and head, with a characteristic knob on the crown (larger in males), which increases in size with age. The under parts are white, with contrasting black edges on the under wing. The bill, legs and feet are orange. Females are slightly smaller than males. They are 71 cm to 92 cm in size. The Magpie Goose differs from most water birds in having strongly clawed toes that are only partially webbed.The Magpie Goose is widespread throughout coastal northern and eastern Australia. It can be seen from Fitzroy River, Western Australia, through northern Australia to Rockhampton, Queensland, and has been extending its range into coastal New South Wales to the Clarence River and further south. 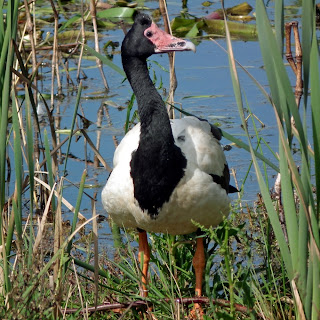 The Magpie Goose is seen in floodplains and wet grasslands. Some individuals, mostly younger birds, may be seen at quite long distances inland. Large, noisy flocks of up to a few thousand birds congregate to feed on aquatic vegetation. The Magpie Goose is a specialized feeder with wild rice, Oryza, Paspalum, Panicum and spike-rush, Eleocharis, forming the bulk of its diet. During the breeding season, Magpie Geese build nests in secluded places, usually close to wetlands. The nest is almost single-handedly constructed by the male. It usually consists of a simple unlined cup placed either in a floating platform of trampled reeds or built in tree-tops. Pairs of geese mate for life, but a male may have two females. Two females may occasionally use the same nest to lay the large, oval, off-white coloured eggs; all adults share incubation and care for the young. Breeding Season is from February to June and clutch size: Up to 16 eggs for 2 females, but 8 more common. 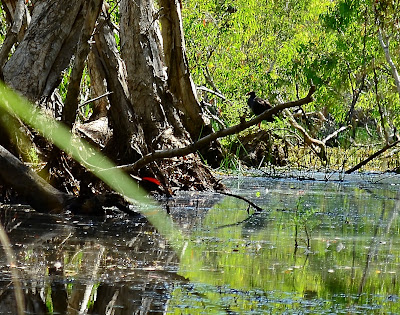 Purple Swamphens are identified by their large red facial shield and ball. The body is covered purplish blue feathers. 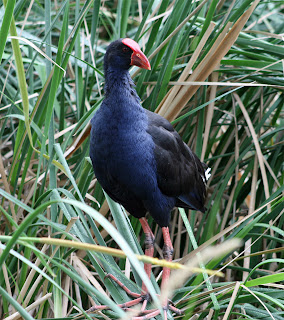 They feed on green shoots and they nest on a platform of reeds. These birds are common and are often seen walking on and around water edges of swamps and lakes with dense reeds and rushes mainly throughout eastern Australia. 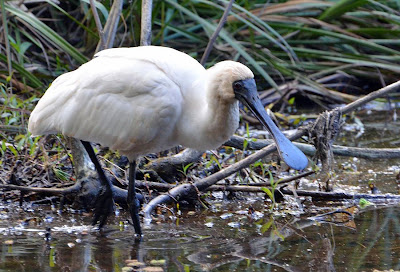 The Royal Spoon Bill has a black bill shaped like a spoon and very white feathers. It is a wading bird and has long legs for walking through water. It is a very quiet bird out of the breeding season.It eats fish and other water animals, such as shellfish, crabs and frogs. It catches them by making a side-to-side movement with its bill. Its nest is an open platform of sticks in a tree. The female lays two or three eggs. The chicks hatch after 21 days. The Royal Spoonbill lives in wetlands. It can be seen in the shallow parts of lakes and rivers. 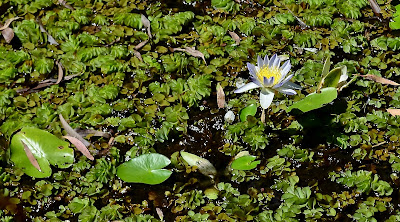 The track leads you around the lagoon, across a couple of wooden bridges, one is just a plank, and out onto a road in a part of the suburbia of Horseshoe Bay.

Walking on further we take another track to the left which takes us past a helipad and down onto the beach, coming out towards the northern end of the beach. 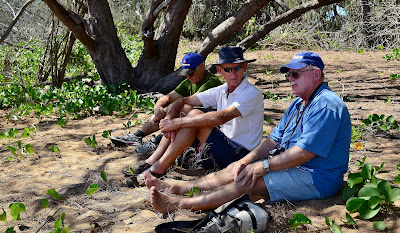 This is where we stopped to have a picnic and rest out weary legs. 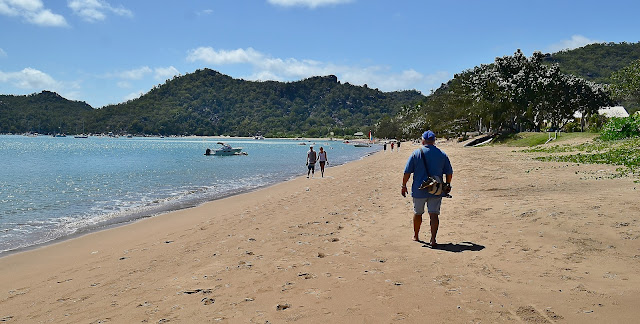 After our snack we walk along the beach back to the village of Horseshoe Bay where MrJ and I go to the shop to by some bread (why use my oven to make when I can buy) before hopping back in the dinghy and going home. 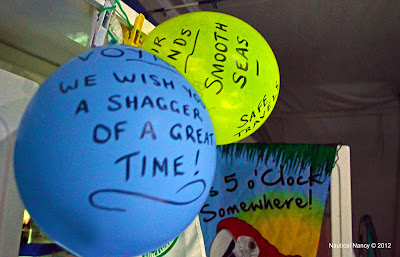 Later that afternoon MrJ and I have everyone over for farewell sundowners on board. We could say goodbye to David and Jan off Moonglade, John off Pioneer Pattie and Keith off Speranza and say hello to Jenny and Irwin off Backchat, who we have not seen since Brisbane. Jenny and Irwin will be travelling north too and we hope to catch them in places further north.
It was early to bed for MrJ and I as we had an early start in the morning.