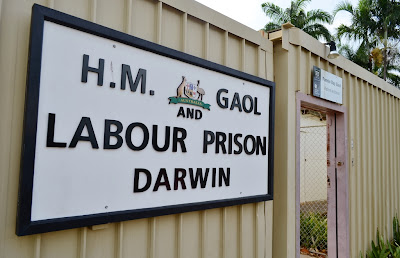 We drove out to Fanny Bay (Mary had a hire car) to explore the old Fanny Bay Gaol. I think we spent a couple of hours roaming around the gaol and it was worth the time only the heat was keeping up inside the buildings. 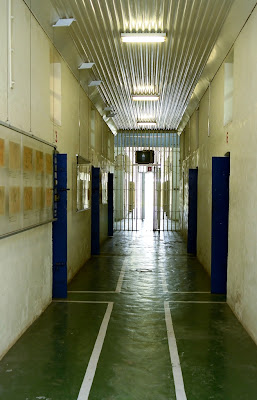 For about a century, Fannie Bay Gaol was the premiere detention centre or gaol in Darwin. This correctional institution was built in 1882 and it depicts the most important social histories of Northern Territory. It is also known to be the former Labour Prison and Her Majesty's Gaol in the city from September 1883 to September 1979.


The original architecture of this historical gaol composes two blocks with 16 stone cells, a washhouse and a dirty kitchen. However, during the late 1920's, there came a need for a particular cell for women prisoners and so a structure for this purpose was built. Soon after, another area was established for the purpose of keeping Aboriginal detainees. Furthermore, a remand section, a watch tower and maximum security wings were erected in the 1950s. 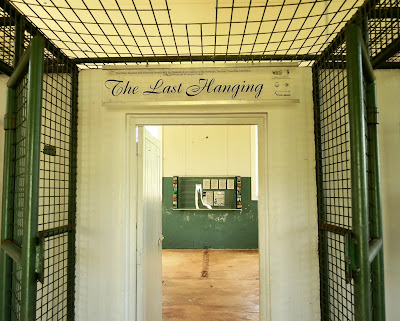 It was only in 1887 when the infirmary at the Fannie Bay Gaol was constructed. This area was, in 1952, devoted to final execution activities. Two Romanian immigrants, namely Jonus Nopoty and Jerry Coci, were executed here because they were found guilty murdering a local taxi driver. 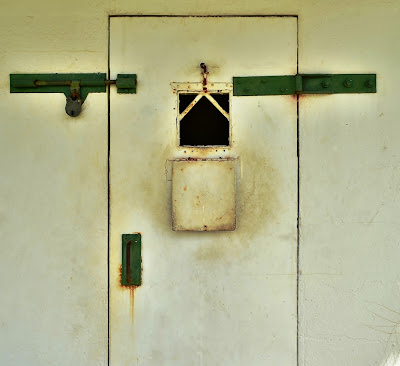 Fannie Bay Gaol discontinued its operation in 1979 because the detainees were sent to the penal institution at Berrimah. The prison is now called Fannie Bay Gaol Museum, which exhibits a number of compelling displays such as the video footage and pictures of the Cyclone Tracy. The photographs and other references depict the aftermath of the tragedy. In addition, one can also visit the museum to see the gaol's female prisoners section and mess area. 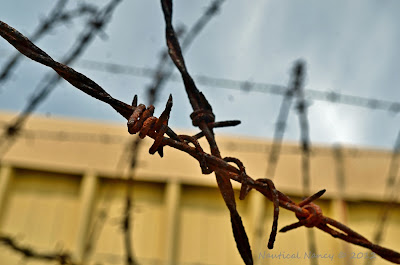 Fannie Bay Gaol Museum, no doubt, imparts the depressive environment of the prisoners who were detained here. 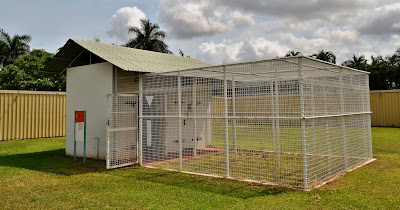 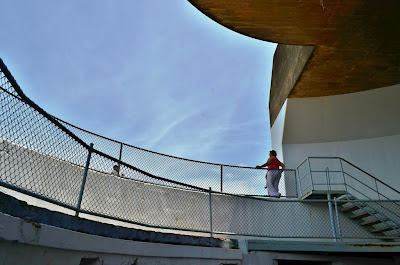 After the Jail we continued on out to East Point to the old gunnery site and the Military Museum. 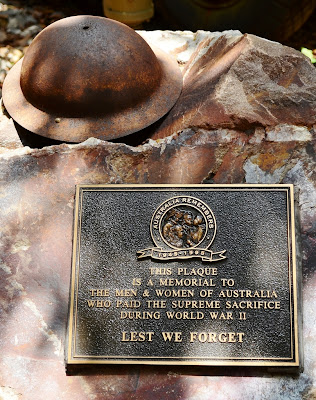 I had not been in the new Military Museum display, I think there were only a few bits and pieces in and old shed last time I was there in 1996. 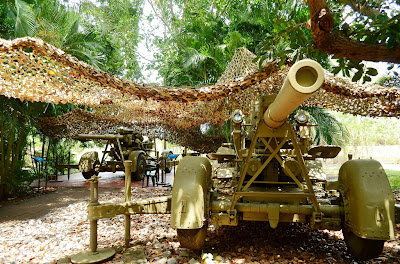 The Darwin Military Museum was originally established as an artillery museum by the Royal Australian Artillery Association Inc to exhibit photographs and artefacts from Darwin's history during World War II.

This new museum has the very latest in interactive and multimedia displays, plus so much military memorabilia and equipment. 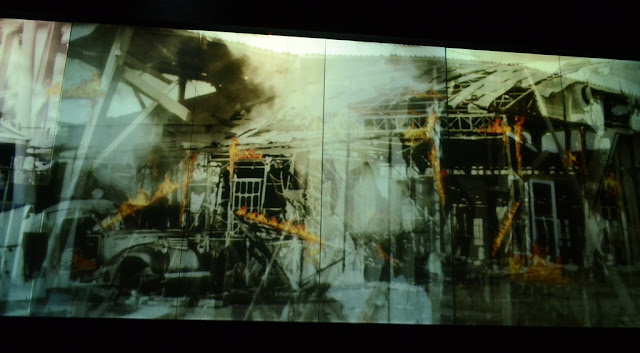 It was a wonderfully moving experience and an absolute must for others visiting Darwin.

We had lunch at the Cool Spot, a local cafe in Fanny Bay, on a very hot afternoon after visiting the military museum. It was a very busy and buzzy cafe with aircon inside and just the Darwin heat outside. The cafe had heaps of choices on the menu, all reasonably priced, good simple food, great iced coffee and great for families. I am told that lots of locals go there on weekends.

It was back to the girl’s hotel for some R&R by the pool before heading out for our evening meal. I had chosen Moorish Cafe, a tapas bar and cafe in Knuckey Street,in the heart of Darwin. 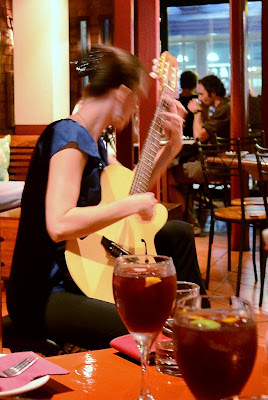 Moorish offers an extensive tapas menu ideal a hot simmering evening along with a couple of glasses of house-made sangria There was a choice of more than 28 tapas dishes: from mainstay items such as Bulgarian feta and chorizo to the more exotic rosewater-marinated quail, ceviche of local jewfish, berber-spiced kangaroo and the ever-popular North African meatballs. A good choice was everyone’s comment!

Visiting and Visitors in Darwin 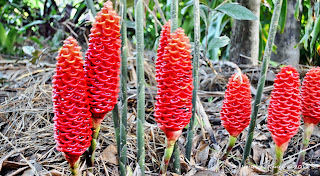 The weekend of the 18th/19th MrJ and I stayed out at Graham and Fern’s. Graham and Fern with their son Raighne live on a small acreage out at Humpty Doo.

Humpty Doo is a small township approximately 40kms south of Darwin with a population of around 6,000. 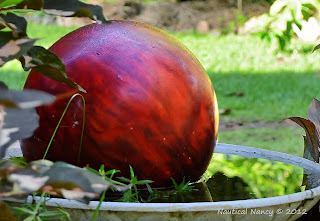 Fern’s gardens have a unique flavour. 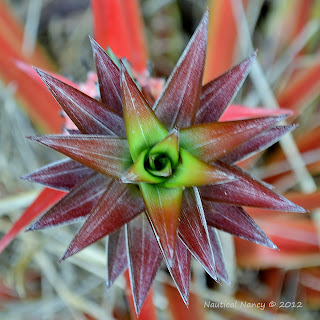 ﻿
﻿
﻿
﻿
﻿
﻿﻿﻿
The following few days we spend our time at the marina on board ALANA ROSE catching up with much needed chores and tying to keep out of the heat. On one of those mornings MrJ and I did ride our fold up push bikes down to the shop at Tipperary. Another time a huge storm passed over dropping lightning bolts not too far away.


I was not game to go too far away from the boat for fear of getting zapped. 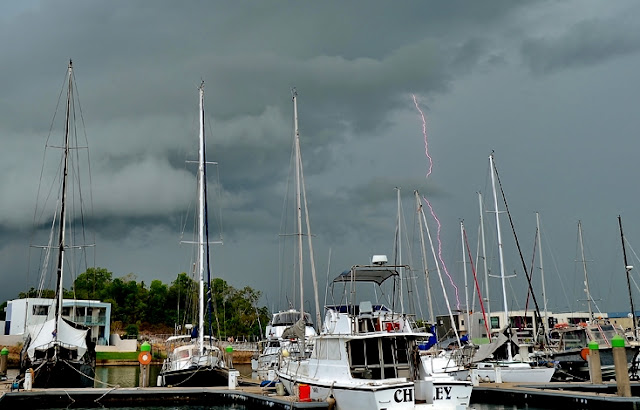 But the Wet Season has not really started as yet. 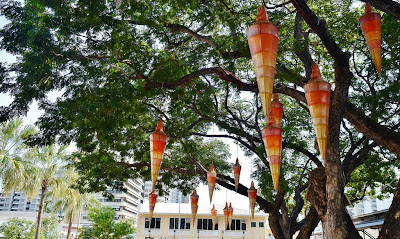 Monday 26th we took a little trip into town on the bikes and discovered some Christmas deco had been put up in the Smith St Mall; the mall is the very centre of the Darwin CBD and has undergone several facelifts as the city changed and modern retail shopping centres developed in the suburbs. Much of the mall was rebuilt during 2010 to provide a more usable and attractive pedestrian experience for visitors and shoppers. Older trees were replaced with smaller palms, providing a more open, cleaner pedestrian mall. Raintree Park provides an attractive inner city open space and is often used for community functions. The two massive trees and extended awnings provide a pleasant setting for local office workers and visitors to enjoy a lunch time break or relax in the shade. 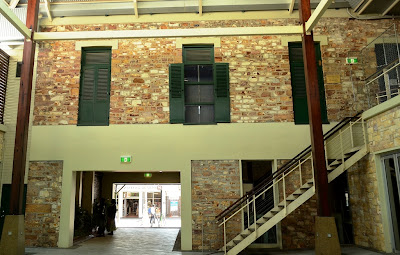 In the middle of the mall is the Victoria Hotel, or The Vic as it is commonly known, it is a heritage listed pub built in 1890. The Vic Hotel is a popular tavern and nightclub. The hotel complex includes surrounding retails shops and offices accessed via Smith Street Mall and the Vic arcade. The Vic is popular with backpackers, and regularly hosts live bands. 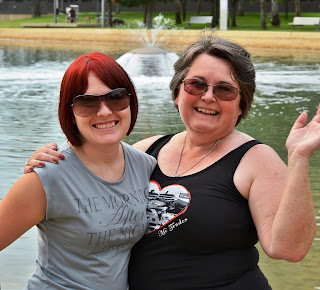 Mary and Carly arrived from Sydney. They were staying in town as it is too hot to have anyone else stay on board without more aircons.


Wednesday 28th - I did the look around the Darwin CBD and some of the prominent building with Mary and Carly. 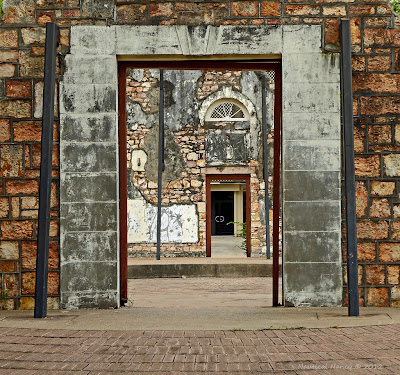 The Old Darwin Town Hall Ruins were built in 1883 during the Pine Creek gold rush. The building survived the bombing of Darwin by the Japanese during WWII, only to be destroyed by Cyclone Tracy 50 years later. All that is left standing is three walls with no roof. The building is Heritage listed. The Town Hall Ruins were left unused for many years until the bloody comedians rocked up. The Northern Territory was the last place in Australia that did not have a Comedy Venue. That was before May 16th 2009 when the Darwin Comedy Club was launched at the Town Hall Ruins and performing several times throughout the dry season and making this the most unique venue in the country. It made a great open-air theatrette as most of the old building still exists. It is said that the acoustics are brilliant. 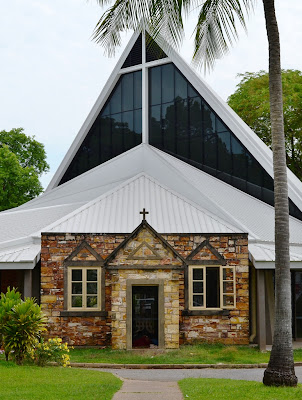 Christ Church Anglican Cathedral was built in three months, of locally quarried red limestone in the rough town of Darwin, Northern Territories. The church was consecrated on 2 November 1902. During World War II the military took over the church as the Darwin Fortress and in February 1942 a Japanese air raid on Darwin caused damage by shrapnel. In 1974 cyclone Tracy destroyed all but the porch, which remains standing today in front of new construction. On 27 November 2011, Christ Church Cathedral, Darwin was filled to capacity with those who gathered for the blessing and re-dedication of the newly renovated and restored Cathedral. 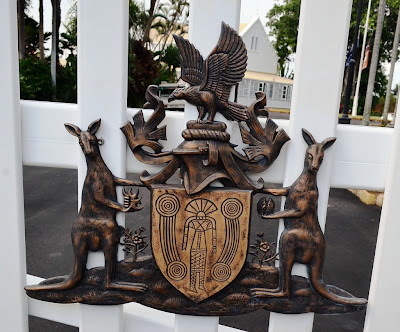 Government House is an elegant, gabled, colonial-style building built in 1879, which survived both cyclones and bombs. The building is open to the public once a year and is the venue for formal government occasions and ceremonies. 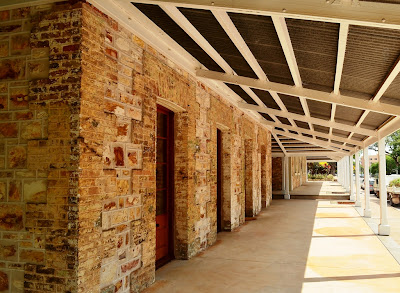 Further along The Esplanade, on the corner of Smith Street, is the Old Police Station and Courthouse, also known as the Old Naval Headquarters because it was occupied by the Australian Navy during the Second World War. Rebuilt after suffering severe damage in the cyclone, they are now home to the offices for the Northern Territory administrator and staff. 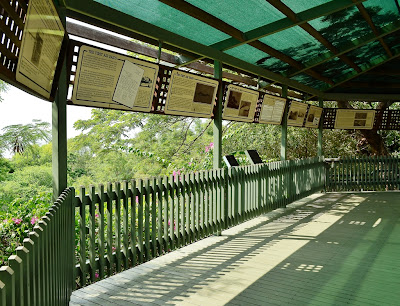 Directly opposite these buildings is Survivors Lookout. It surveys the Wharf Precinct and Darwin Harbour to East Arm Port and the terminus of the Ghan, a historic train that originally terminated in Alice Springs but now runs across the continent from Adelaide. The lookout also marks a spot where World War II battles were witnessed by journalists and photographers 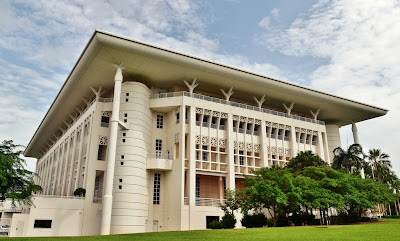 Parliament House is a large white rectangular building with one of the finest views of Darwin Harbour. Opened in 1994, this modern, imposing edifice also houses the Northern Territory Library and a cafe that opens out to an area of lawn, a large fountain and a great view.

Mary was very taken with the Darwin Hotel (used to be Kitty O'Shea's up until a few months ago) and we were forced to stop by there for a cold drink. ;o))

After a mid-day nana nap for the girls we all, including MrJ went down to Doctors Gully to experience the fish feeding frenzy.

Darwin’s Doctors Gully is known for Aquascene Fish Feeding and as the Darwin Catalina Flying Boat base. It was the site of Chinese market gardens and the first fresh water supply. 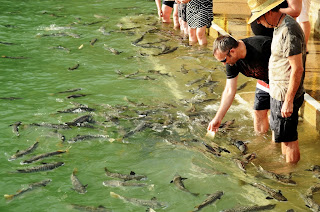 At high tide the water boils with hundreds of fish looking for a free feed, and the visitors are happy to oblige. This scene has become one of Darwin's best known tourist attractions and brings hundreds of people to the area at high tide when the fish come in. We were lucky to have a high tide in the late afternoon making the trip to the seaside a pleasure.


This is also the site of a heritage listed area known as Peel's Well, a well which was gazetted on 19 April 1877 and provided water for the first gardens in the settlement and visiting ships.
Named after Doctor Robert Peel, the medical officer attached to Goyder’s survey party in 1869, the area became known by the colloquial name 'Doctor's Gully'.

Most of the early gardeners were Chinese, with the first formal lease issued on 30 March 1875 to three Chinese settlers. During Wold War 11 this was an important base for Catalina Flying Boats. Some remains of wartime equipment can be still seen at low tide.

Posted by Nautical Nancy at 16:10 No comments: Links to this post