Kermandie Marina and the Port of Huon

Kermandie Marina
A small, intimate marina, Kermandie Marina is the kind of old fashioned place where everybody knows each other and keeps an eye on each other's boats. It's a modern, simple and secure 80-berth floating marina and it's very, very friendly. Plus there's the added bonus of the Kermandie Hotel right across the road, which boasts traditional country hospitality with a terrific restaurant that specialises in local seafood and produce. 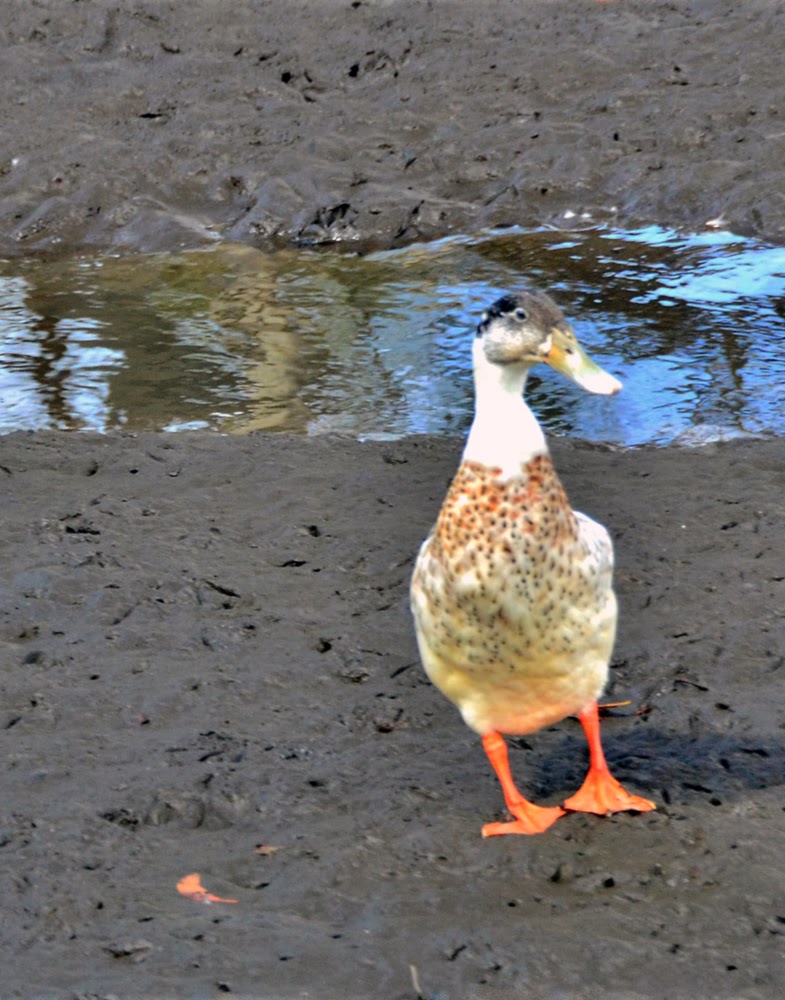 The Port of Huon or Hospital Bay 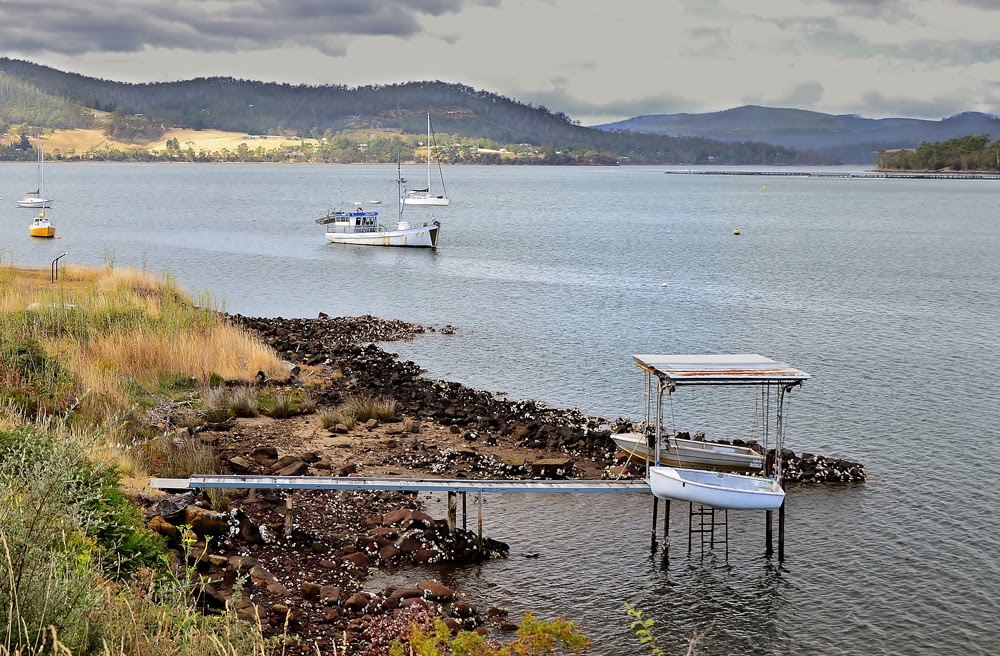 There are two possibilities for the naming of Hospital Bay.
#1 - It appears Hospital Bay was named by Bruni D'Entrecasteau when he visited the area in 1792-3. (A RECORD of TASMANIAN NOMENCLATURE compiled by J Moore-Robinson 1911) As it is well sheltered in most winds I suspect that the name may have been anglicised from a French word "hospitalier" meaning "hospitable" ie a good place to anchor rather than Hospital.
#2 - In 1836-7, three emigrant ships with Irish women on board, arrived in Tasmania. The ship Castle Forbes entered the south end of Channel and sailed up the Huon (River) looking for Hobart. It was believed that she got up as far as Castle Forbes Bay but could get no further. Having sickness on board the captain looked about for water, and finding the Kermandie River, erected tents, forming a hospital, hence the names, one bay named after the ship and the other from the hospital camp.

MrJ and I walked took a walk up the road to the Port Of Huon.
Along the way we saw:

Port of Huon Wharf:
The Port Huon Wharf at Ship-wrights Pt. stretches 780ft. into the bay and is 112ft. wide. It was originally built in 1952 to relieve congestion on the Hobart waterfront during the fruit export season, also hoping to save on road transport costs. The wharf is now owned by the Huon Aquaculture Company P/L who also own all the fish farms in the area. 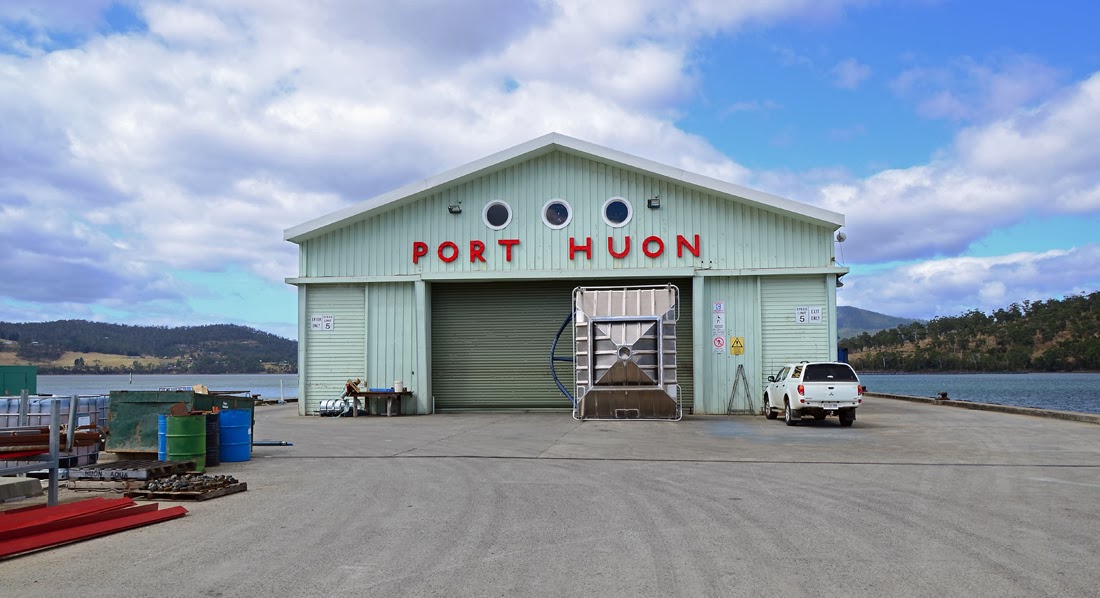 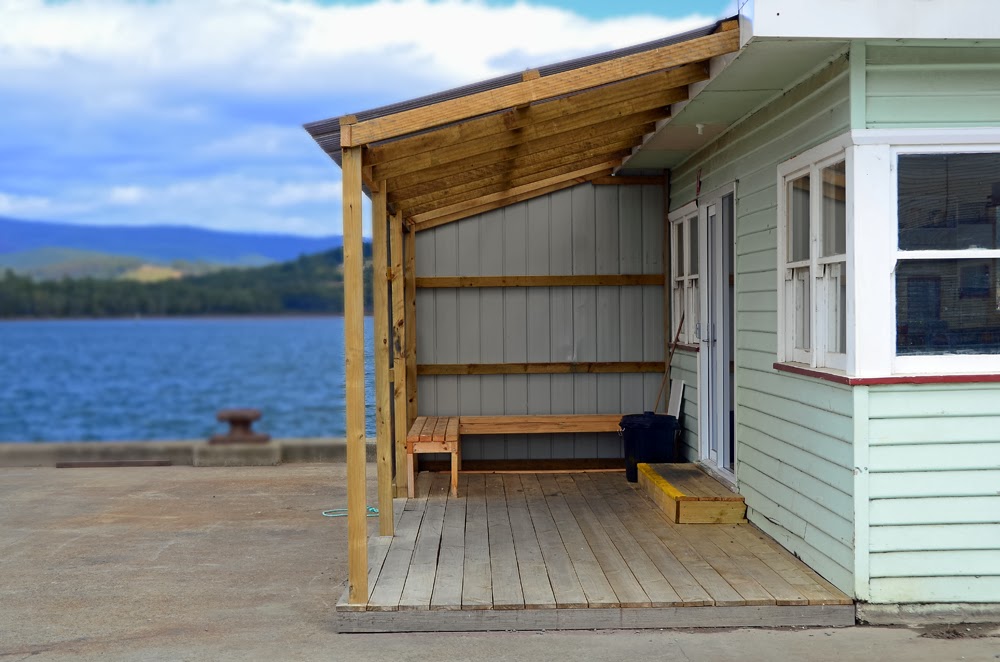 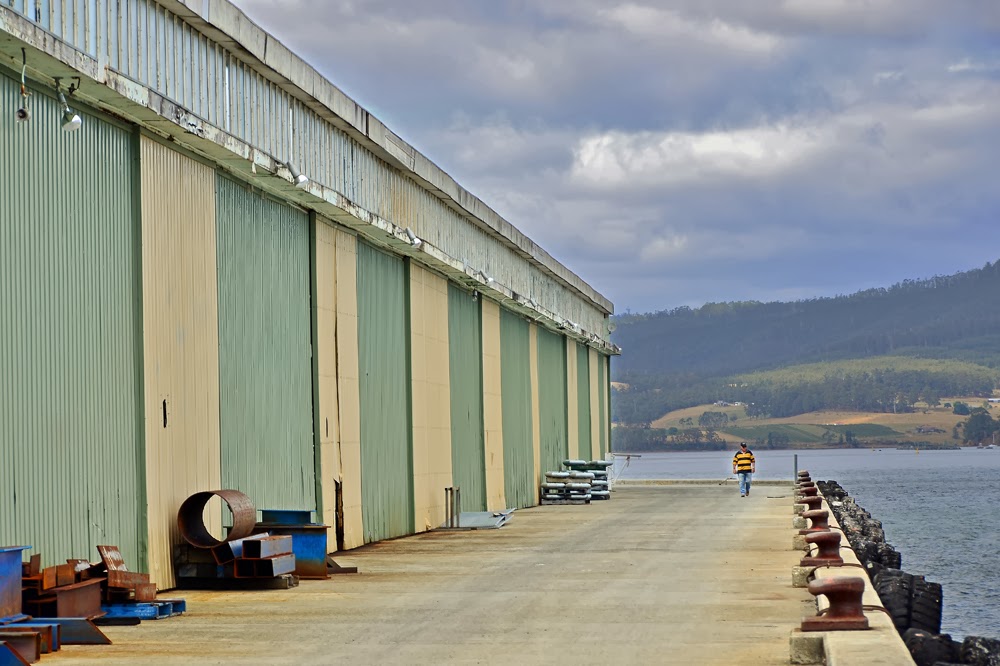 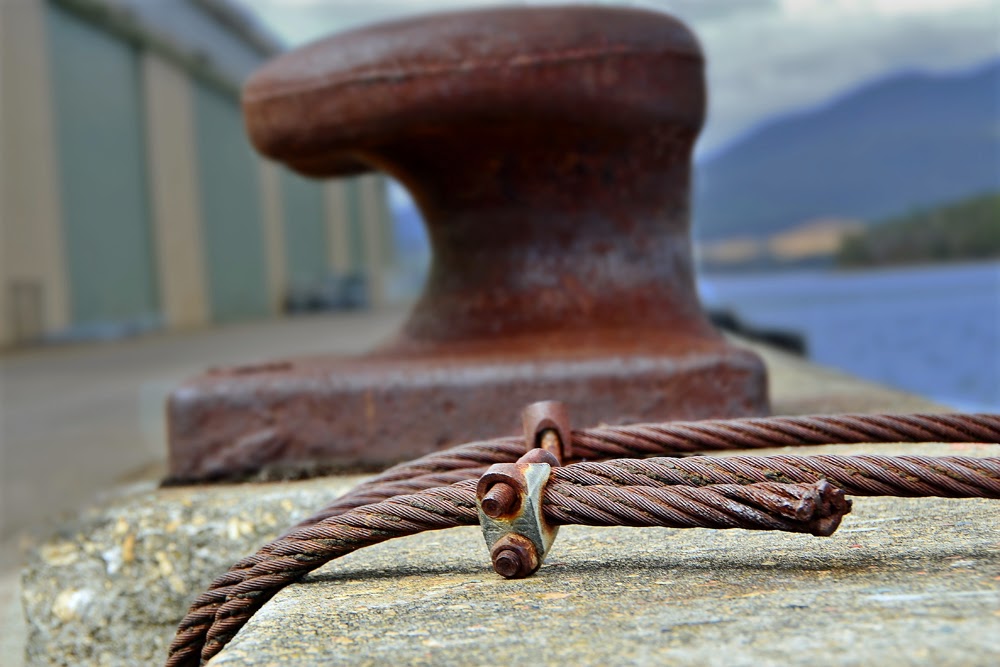 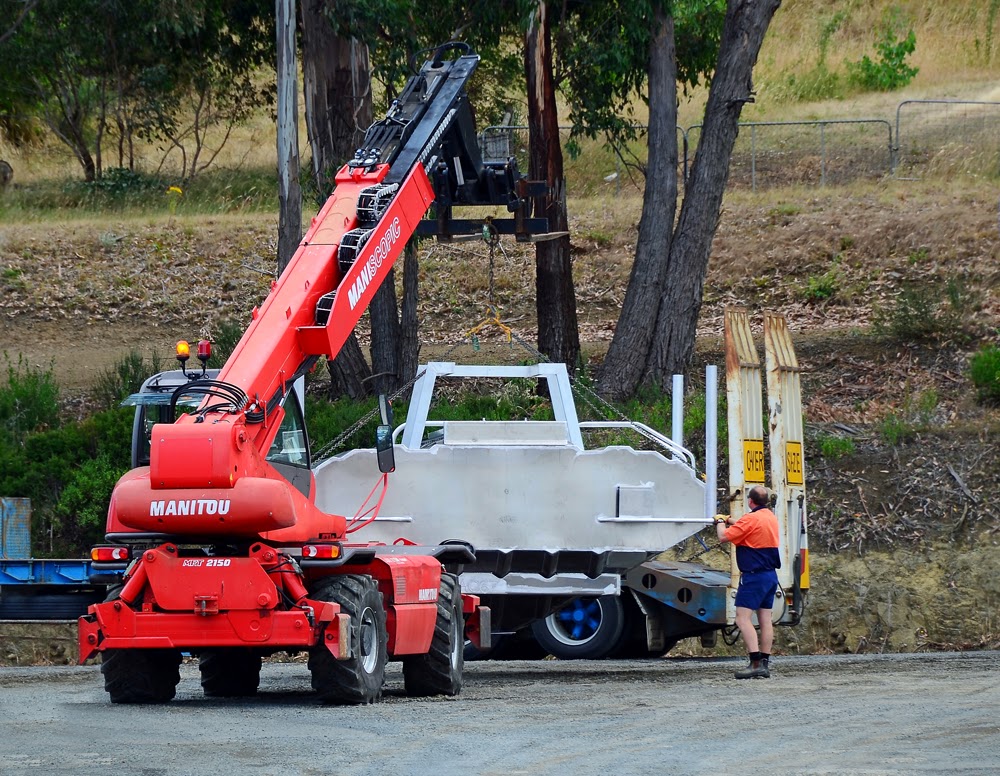 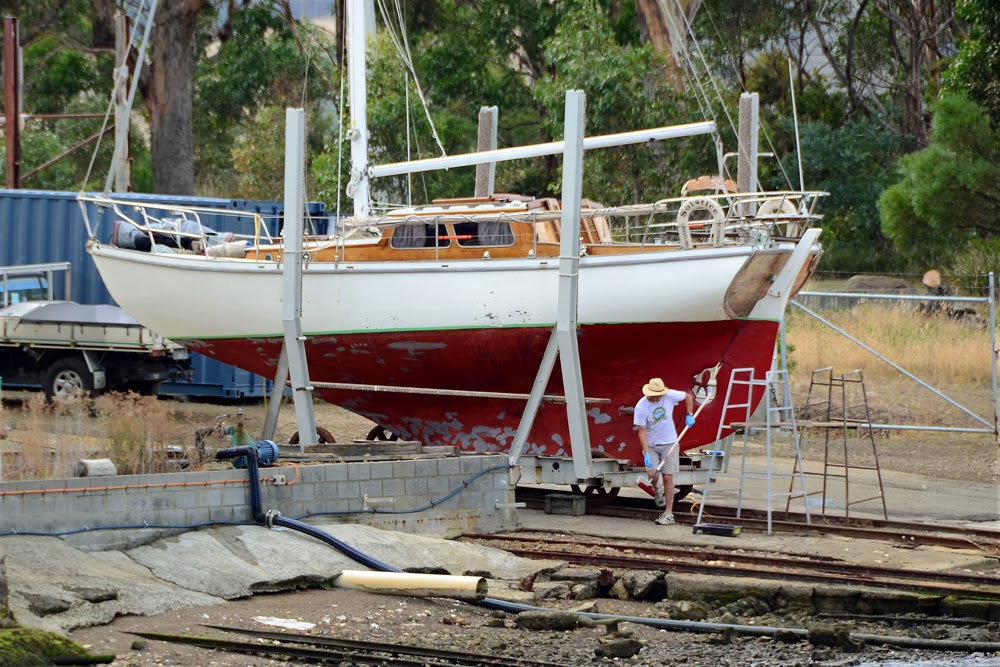 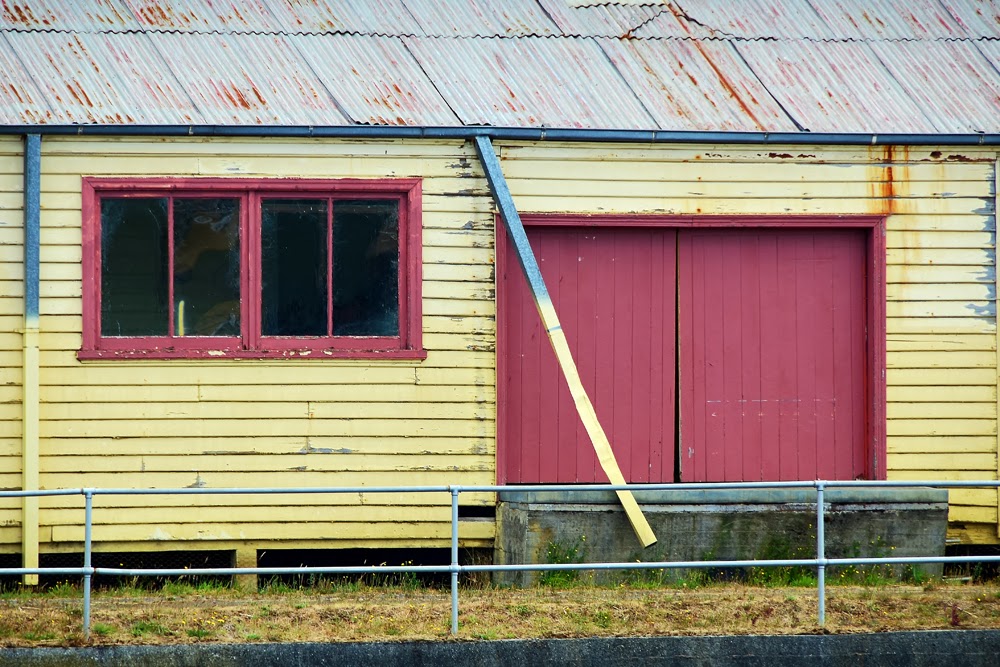 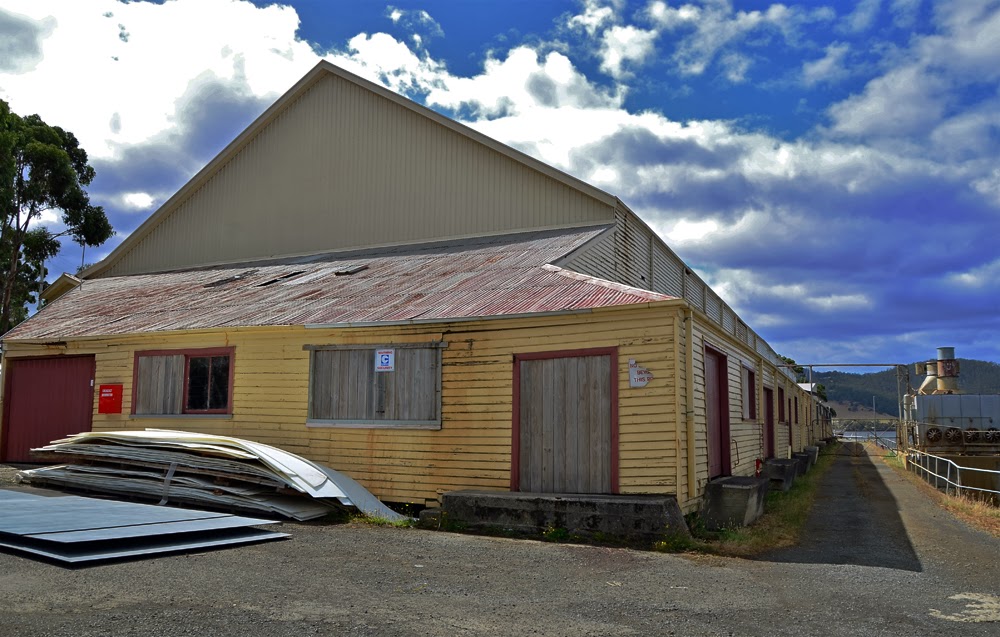 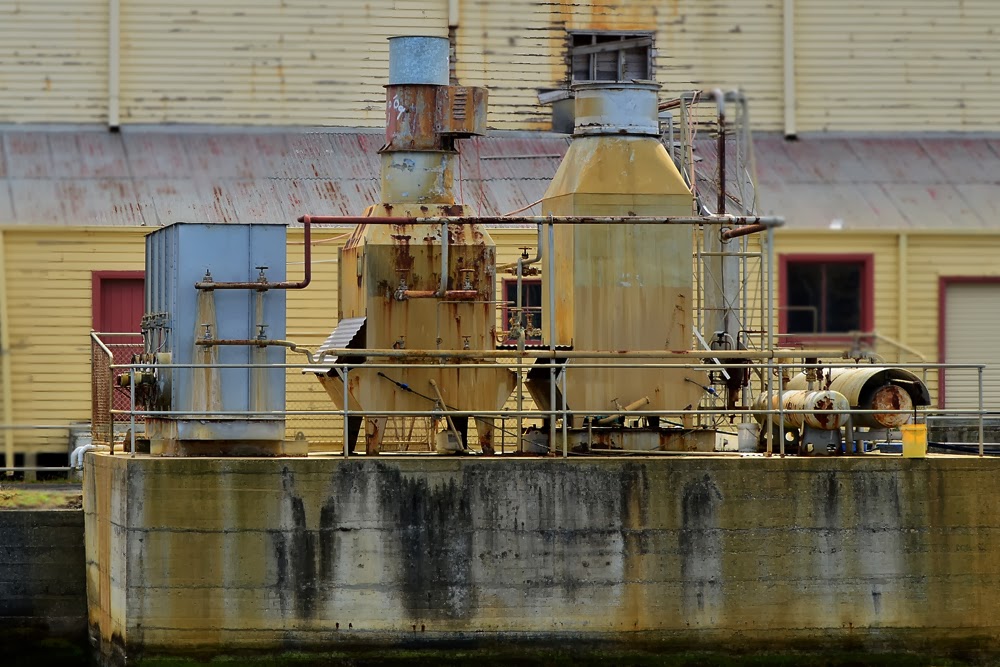 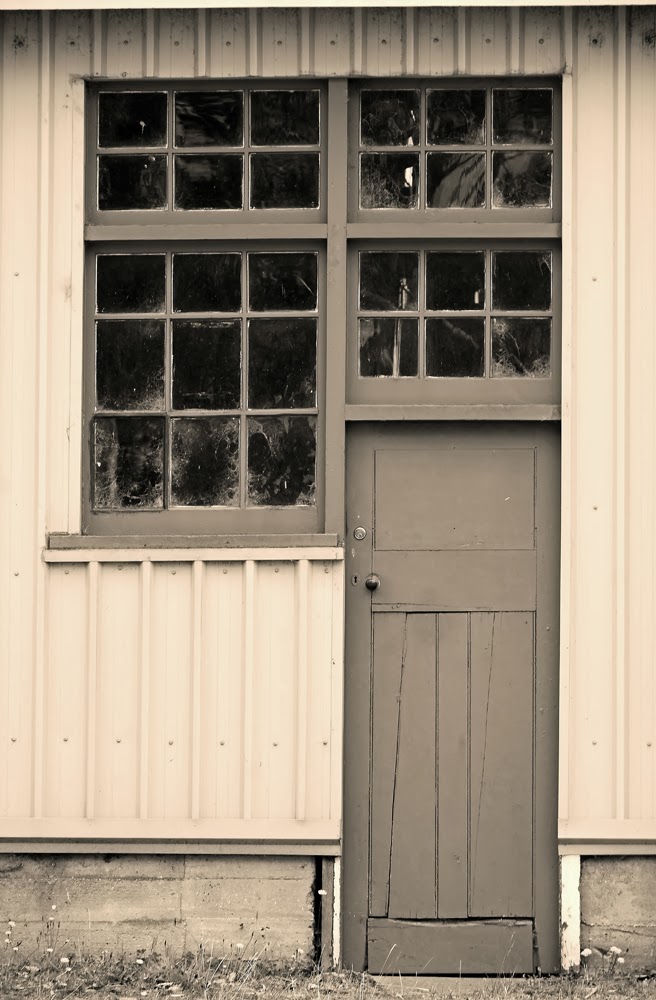 Posted by Nautical Nancy at 21:01 No comments: Links to this post

The Day the Storm Hit

The things I see:


The Storm in the Kermandie Marina

Posted by Nautical Nancy at 11:23 No comments: Links to this post